Call of Duty Mobile is a free to play multiplayer FPS game for mobile platforms includes both Android and iOS. Activision and Chinese giant Tencent have teamed up to bring a brand new battle royale game. The game is developed by Timi studio, unlike PUBG Mobile which is developed by lightspeed and quantum studio.

The announcement that everyone expected from Activision and Tencent is here. Starting October 1st, you will be able to download Call of Duty Mobile to experience the Modern Warfare and Black Ops series on mobile. The game will be available on all App Store and Google Play except in Belgium, China, and Vietnam.

If you can’t get your hands on this game yet then check out our guide on how to download COD Mobile for Android and iOS for more detailed information.

Once you have downloaded and installed the game on your device, it’s showtime. Open the app; you will see a login screen choose facebook e-mail, or as a guest based on your preference. Enter the nickname you want to be known in the game and change the avatar. You can also change your avatar on the career page. Complete the basic control tutorials to get used to it the game mechanics. The Settings Menu offers a wide variety of ways to optimize your game experience like sensitivity, Gyroscope for aiming, and Camera Field of Vision.

There are two fire modes, simple fire (for beginners) and advanced mode (already played similar mobile FPS games). In simple fire tap the aim button and move the crosshairs over a target to fire. Whereas in advanced mode press and hold the fire button to shoot.

Tap the loadout button in the menu to check your weapons and attachments. You can also find soldiers, operation skills, lethal & tactical equipment, and perks. To customize your loadout and stand apart from others, you need to earn and unlock various characters, weapons, outfits, scorestreaks, and other gears.

In Call of duty mobile, Various multiplayer modes will be available: Frontline, Team Kill Match, Domination, Gun Game, and Search & Destroy! You can choose the mode in which you want to play from the various maps. Free for all and intensive 5v5 in iconic maps like Nuketown, Hijacked Crash, and many more. Here are modes that you can play in Multiplayer mode

An additional, Battle Royale game mode is also included for quality PvP action. You will be able to play solo, duo or squad mode. Vehicles such as an ATV, helicopter and the tactical raft will be available in the game. The game’s features will allow you to play in the first or third person. Gather weapons and equipment and survive till the end and win. Players must fight for survival as the play zone on the map continuously closes in forcing everyone into increasingly smaller spaces, creating more intense battles.

Tap the map to reveal the Safe Zone, a white ring randomly placed on the map. As the match progresses, a blue circle will begin to collapse toward the white circle. Players outside the white ring will see a dotted line on the minimap, indicating the straightest path to the edge of the Safe Zone.

In the Multiplayer lobby, tap Scorestreaks on the left-hand side of the screen. From there, you can change which Scorestreak options you want to carry with you into battle. Scorestreaks includes the UAV, Hunter Killer Drone, Air Supply Drop, Counter UAV, Recon Ca, Missile Strike, Stealth Chopper, Drone, Sentry Gun, SAM Turret, and VTOL. There’s plenty of decisions to make, so it’s essential to choose the right equipment for the job. You can only choose up to three of them to utilize during a game once you unlock each of them using in-game XP.

At the main loadout screen pick a preferred primary weapon and a secondary weapon equipped with optics and three attachments. Primary weapons include Assault, Sniper, LMG, SMG, and Shotgun, while secondary weapons include Pistols, Melee, and Launcher. Each weapon can also be Upgraded, using a Tier system. There’s also a choice of a grenade or grenade to lob, and a devastating weapon Skill.

As of right now, there are three soldiers available, pick the soldier you’ll appear as during a match. Complete your look with up to three Perks to choose from, with each perk slot offering a distinct set of ability choices. The Operator Skills slot unlocks at Level 3. It gives you powerful devices or skills you can employ for a short time to help turn the tide of a match. Below are more details on perks and operator skills to avoid confusion while choosing.

To customize your loadout and stand apart from others, you need to earn and unlock various characters, weapons, outfits, and other gears. After opening multiple Loadouts, you can set your favorite loadout as your default by tapping the Default button at the bottom of the Loadout’s screen.

Call of duty has promised to deliver triple-A quality and performance, which is 60 frames per second, low latency, and responsive controls. In the alpha release, we saw that the game is much more optimized than PUBG mobile. The well-designed skills of a variety of combat experts have greatly enriched the gameplay, and more emphasis on tactical coordination, so that the battle is full of more unpredictability.

Loot boxes are a way to earn weapons and cosmetics in Call of Duty: Mobile outside of Battle Pass or Premium Battle Pass rewards. Players can purchase standard loot boxes with COD Points or earn them as part of the daily login rewards. Players can also buy premium loot boxes with COD Points, but they can occasionally be obtained through events. You get a loot box from a Daily Login Reward or from watching an ad; you can open the loot box from the Loadout screen.

Tasks are short missions to complete in Multiplayer that reward you with Battle Pass experience to help you unlock Battle Pass tiers. You can view the available Tasks by tapping Battle Pass in the main lobby and then tapping the second tab at the top of the screen. There are two types of Tasks: Daily and Weekly. Once you complete a Task, a red dot will appear on the Battle Pass button and the Tasks tab. Return to the Tasks tab and tap the Claim button next to any completed Tasks to collect your rewards.

Challenges are longer-termed Multiplayer missions that reward you with Battle Pass experience to help you unlock Battle Pass tiers. You can view the available Challenges by tapping Battle Pass in the main lobby and then tapping the last tab at the top of the screen. Once you complete a Challenge, a red dot will appear on the Battle Pass button and the Challenges tab. Return to the Challenges tab and tap the Claim button next to any completed Challenges to collect your rewards.

Events are time-based missions that require you to complete specific tasks within the Event’s time limit. Events are meant to be difficult but will earn you exclusive rewards when completed.

Clans are groups of players who party up to play Call of Duty: Mobile together. Whether you prefer Multiplayer, Battle Royale, Zombies, or all game modes, you can always visit your Clan to see who’s online and ready for action. Clans unlock after reaching Level 5. After that, you have the option to either join an existing Clan or create your own. After unlocking Clans at Level 5, tap Clans at the bottom of the home screen to see the Clans that are available for you to join.

You will be rewarded for logging in to Call of Duty: Mobile daily. Consecutive daily logins will net you increasingly better and unique rewards, including Soldiers, Operator Skills, Weapons, Perks, Crates, Credits, and more. Also, check out for the events and to come back every day to claim your rewards.

How many players can be in a Clan?

A Clan’s membership capacity is tied to the Clan’s level. At the start, a Level 1 Clan can have up to 20 members. Every time a Clan increases a level, it can add up to five more members with a maximum of 65 members in a Level 10 Clan.

How do I change my Name?

You can change your Name in Call of Duty: Mobile for 500 COD Points. Names can be changed once every three days. To change your Name, you will need a Name Changing Card/Rename Card, which can be purchased during the name changing process.

Can I change my avatar?

Yes! Tap your name at the top of the main screen, then tap the second tab to open Player Profile. From there, tap your current avatar to see all available avatars. More avatars unlock as you level up.

How many friends can I have on my Friends List?

You can have a maximum of 100 friends on your Friends List. 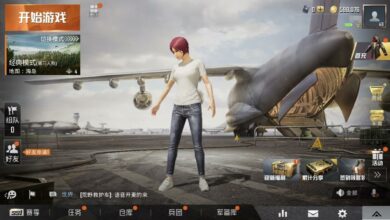 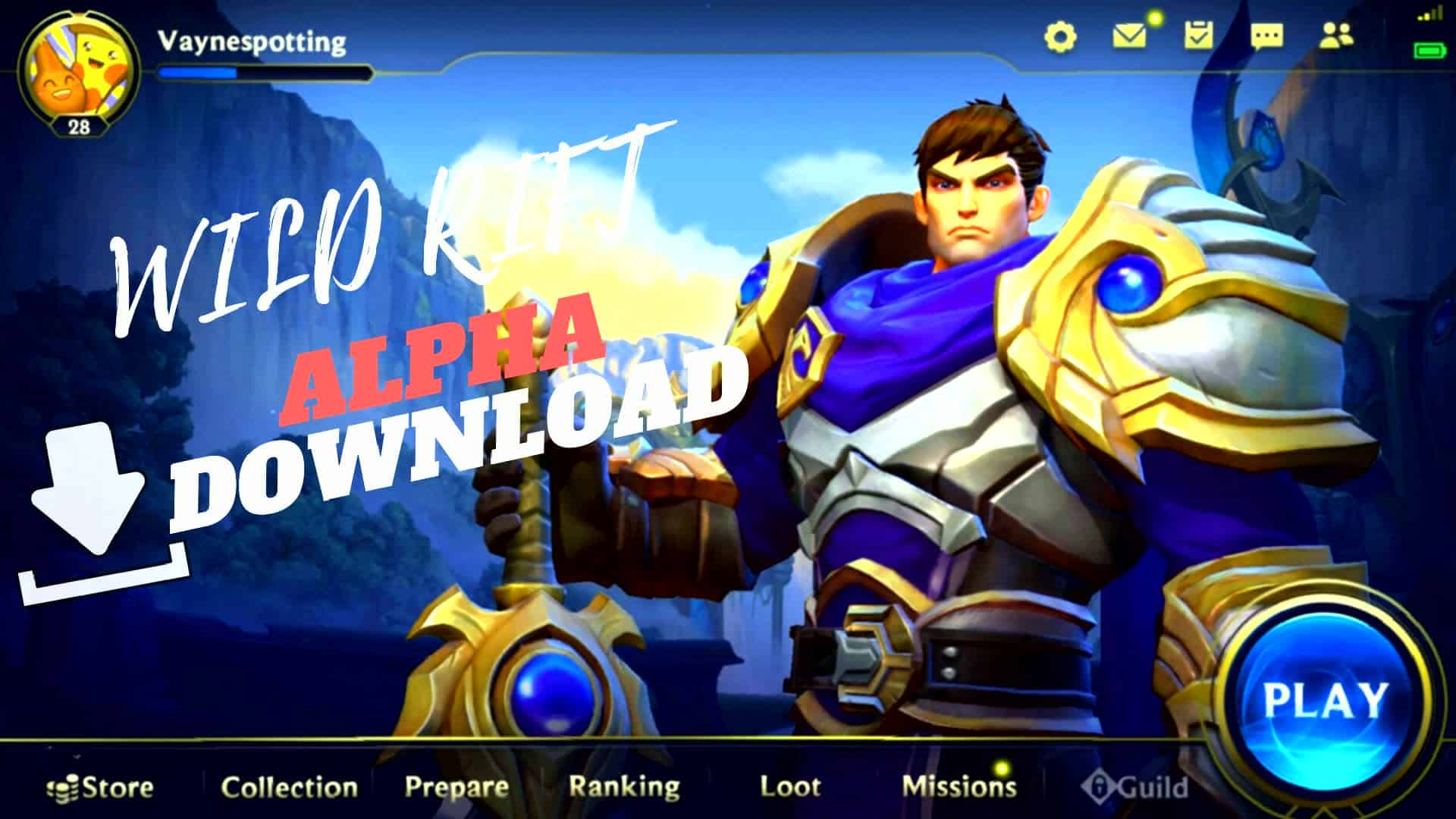