Pokémon has established its mark on television and the world of video games. The argumental reality mobile game Pokémon Go dominated when it was released worldwide. Although its trend has been declining over the years, there are still millions of hardcore fans who love playing it.

Don’t like the idea of an AR game and go outside to catch pokemon? Looking for the best Pokémon games to play when you’re offline or online? In this article, we will list out all the official top Pokémon games that are available for free on the play store and app store.

It is an augmented reality mobile game developed by Niantic for iPhone and Android devices. Pokemon GO allows you to travel between the real world and the virtual universe of Pokémon. The phone will vibrate, indicating that there are Pokemon spawns near you.

Click on the Pokémon appeared you would like to add to your Pokedex. Use your smartphone touchscreen to aim and throw Pokeballs to catch it. Battle out other nearby trainers in real-time to earn Pokecoins. Upgrade Pokedex, backpack, buy skins, and other collectible items using the coins. Get Pokemon GO here: Play Store App Store

Pokémon Masters EX is a free-to-play mobile game for Android and iOS developed and published by DeNA. It tries to fill that gap, offering us turn-based battles, but in a different way. Instead of capturing Pokémon, what we’ll do is recruit coaches, with whom we’ll make teams of three.

Each trainer has their main Pokémon, so in the end, what we’ll have is a team of three. Start by creating your player by modifying their appearance to your liking, skin color, hairstyle, etc. You will take your first steps together with Pikachu, Brock, and Misty, who will explain some of the keys of the game. The Pokémon Center will be your base of operations, from it you will be able to move to the different spaces. Get Pokémon Masters EX here: Play Store App Store

Pokemon Quest is a roleplaying game developed by The Pokemon Company. In this game, Pokemon are turned into cubes in Tumblecube Island where you complete quests. Search for treasures with your chosen cube-shaped Pokémon buddies on the Island.

The main objective is to find the amazing treats covered up on the island. After clearing an area of Pokemon to get back to your base camp to get some rest. Battling the wild pokemon are fun because of the simple controls. Create a team by making more buddies and use items to make your Pokémon stronger. Get this application here: Play Store App Store 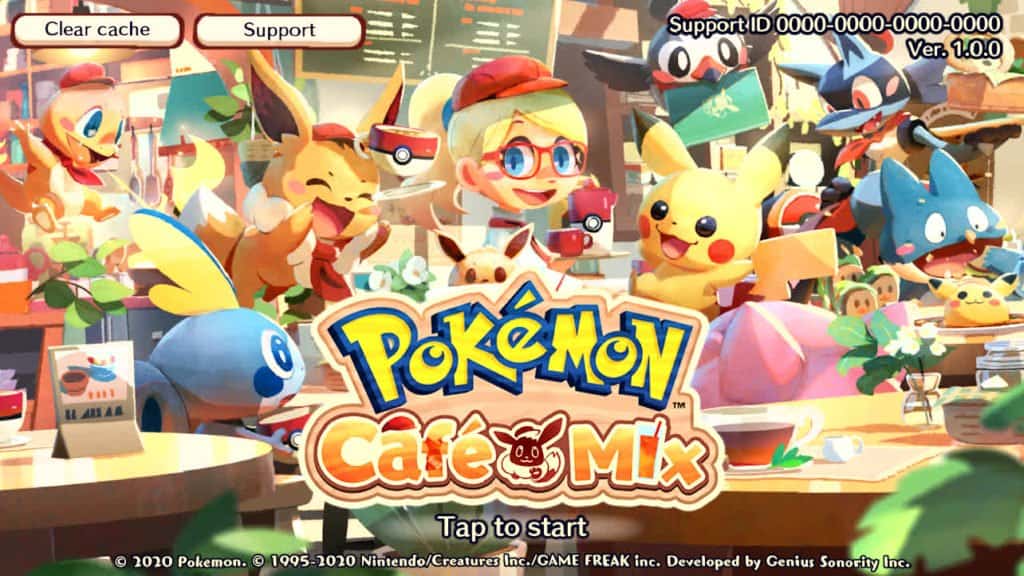 The Pokémon Café is a heart-warming little shop where people and Pokemon can chill out and get their snacks together. There are tons of different Pokemons that visit the cafe as customers, and each Pokemon has a unique ability.

Each Pokemon you hire as a staff member for your Pokemon Cafe Mix has its own cafe skill, a special skill that will help you solve puzzles. The cafe skill is the name of the Pokemon staff who join your staff after you have decided to help at the cafe. To use the CafeSkill, you can charge it by connecting as many Pokemon symbols as you can.

The graphics in Pokemon Cafe Mix are absolutely charming and perfectly match the colorful game world and the colorful characters. Get Pokémon Café mix for your device: Play Store App Store

Pokémon Duel is a board game developed by Heroz. It free to download for iPhone, iPad, and Android devices. The objective is to deploy your Pokémon figures on the game board and move them to the goal in your opponent’s territory.

Duel the players from around the world in a match. Win your real-time duels to enter in top league ranking in matches and also get figures and items and make your deck stronger. 6 Pokemon figures make a deck, each with different moves and abilities. Get Pokémon Duel game here: Play Store App Store

Pokémon: Magikarp Jump is a mobile simulation game developed by Select Button. In this game, Magikarp now gets enough attention to take its own mobile devices being the weakest Pokemon. Trainers will feed your Magikarp to establish their Magikarp and have the most jumping points to win in special leagues. Participate in the tournament, and get memorial photos of your achievement, share them with your friends. Get this game for android and iOS: Play Store App Store

Pokémon Shuffle Mobile is a puzzle game developed by Genius Sonority. It is just like most of the other puzzle games out there but with Pokemon in this. Line up three or more Pokémon vertically or horizontally to launch an attack against wild Pokémon. Battle and catch over 150 Pokémon and add to your collection. Create your team and gain experience as you play more and clear all the stages. Get Pokémon Shuffle game here: Play Store App Store

Pokémon TCG Online is a card brain game developed by Dire Wolf Digital studio. It is available on almost all platforms like Microsoft Windows, Mac, iPad, and Android tablets. Unlock cards and decks as you play to build up your collection and make truly unique decks. Complete Daily Challenges to earn booster packs, Trainer Tokens, and more. Use the in-game Trade system to expand your online collection. Get Pokémon TCG Online from here: Play Store App Store

Pokémon Playhouse is a family pretend games published by the Pokémon company international entertainment. It is family-friendly and perfect for younger (Age 3-5) Pokémon fans. In this game, children can interact with all kinds of cute Pokémon as they explore various locations. Get it from here: Play Store App Store

There you have it our list of best Pokémon games for Android and iOS (iPhone/iPad) devices. Let us know what you guys think about our list and don’t forget to mention your top picks in the comment section below.